The weirdest thing happened the other day. I turned on the TV and decided to watch something. As if that wasn’t weird enough, the movie that started opened with a scene of Santorini! There a joyful Greek wedding was interrupted by an earthquake and Lara Croft appeared. It was as like a marriage between Hollywood and Greece. It had slipped my mind that most of the filming for the classic film Lara Croft Tomb Raider: The Cradle of Life had been done in Greece, most of it – here around the island of Santorini. It’s definitely worth taking a look, even just for the helicopter shots of the island and the sea – you might consider adding it to your autumn movie list!

Speaking of autumn, now it is actually the best time to come and visit Santorini to see the island with your own eyes! You might even spot some of the places that were filmed for the movie. More important, the island is not that crowded during the autumn season and the Greek autumn weather is actually very nice. The fact that there are fewer tourists around allows greater freedom with the photo sessions as well; some of the usually crowded locations are now open to some creative photo shoots. Maybe even a Lara Croft themed one?

Anyways, if you do decide to come, write me an email – I am taking photographs all year round and I am open to any photo shoot ideas. I would gladly take a walk with you (and my camera) to discover the autumn beauty of the island.

Here are some photos from recent photo session in Firostefani village with Nina and Greg. 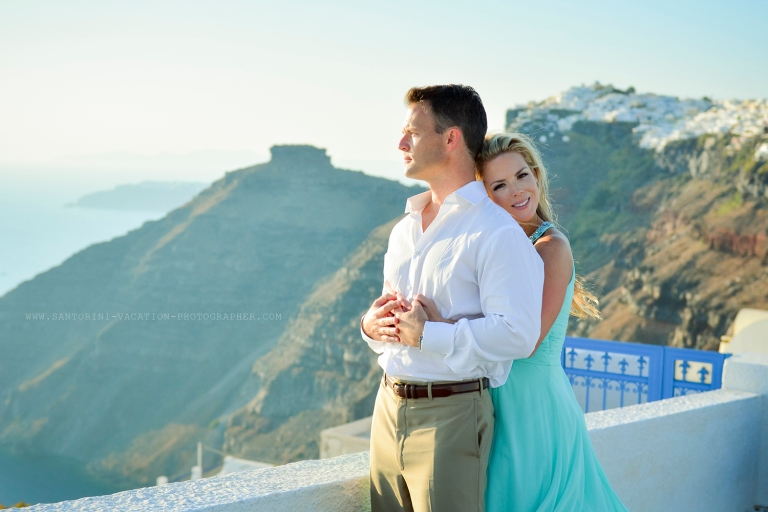 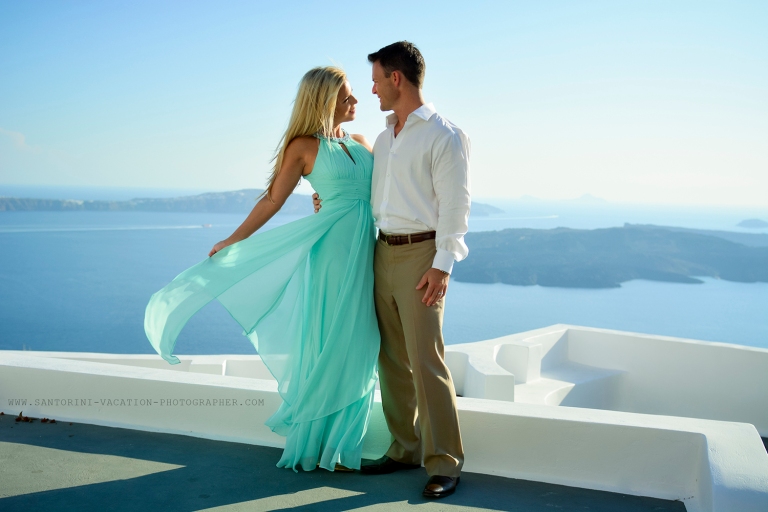 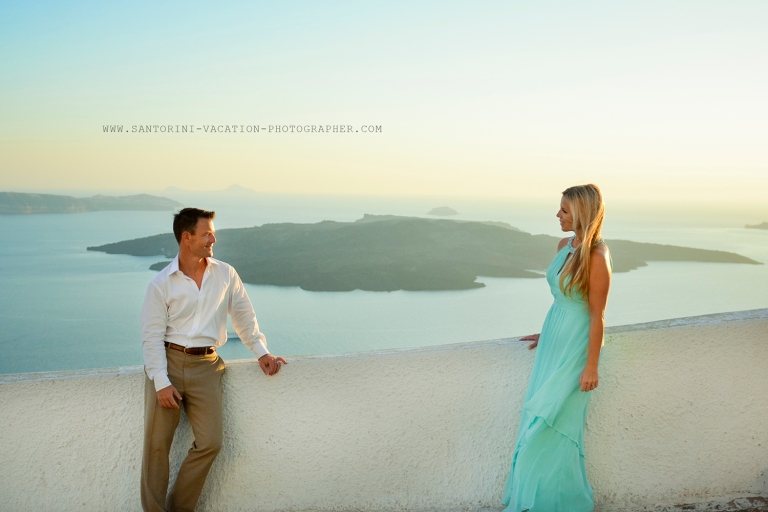