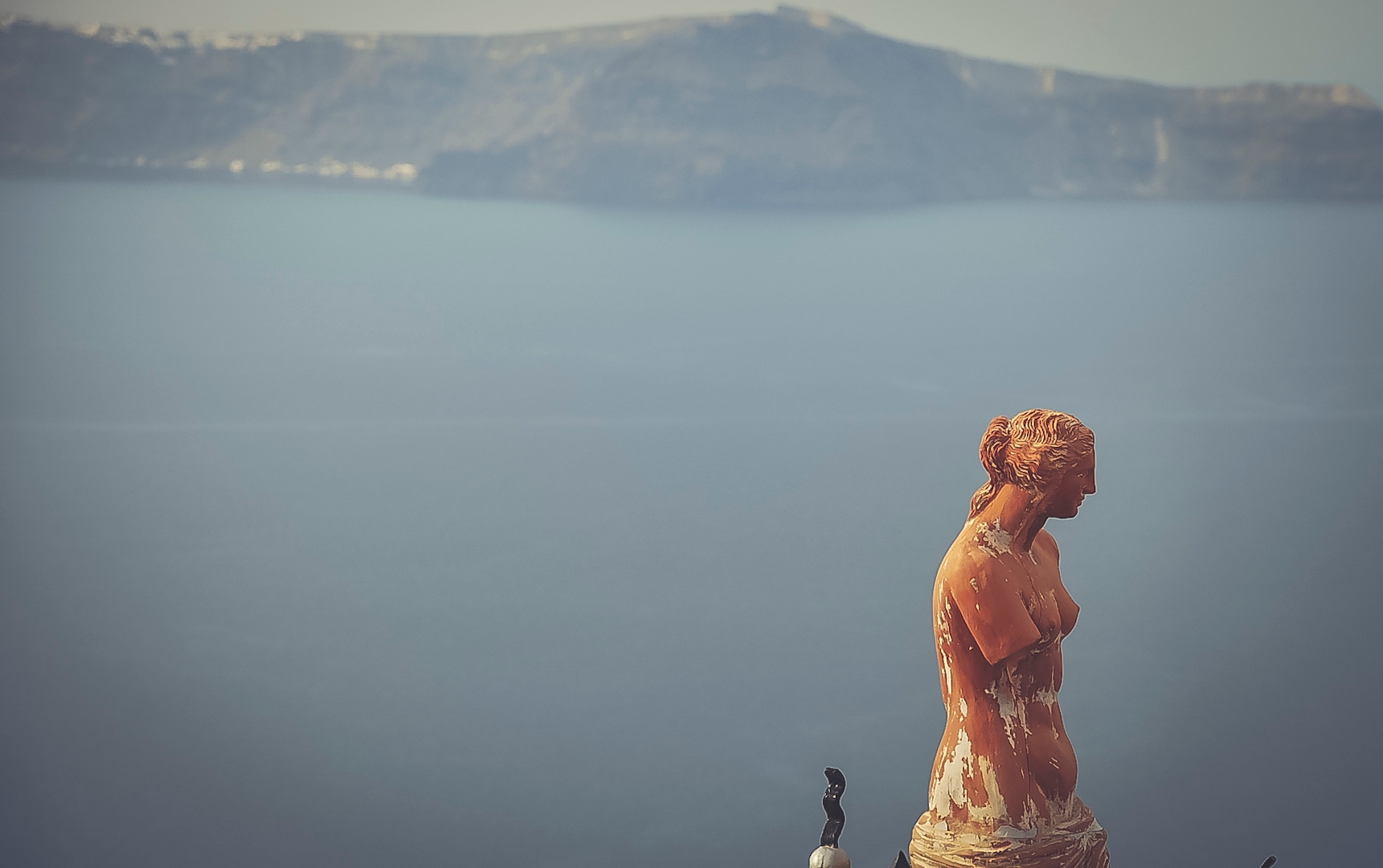 Small copy of Aphrodite of Milos from terracotta in Fira Town, Santorini. Greece. Cyclades Islands. Ancient Goddess of love and beauty.The original statue is made from marble and now is in Louvre museum in Paris.

The Original statue Aphrodite of Milos (Greek: Ἀφροδίτη τῆς Μήλου, Aphroditē tēs Mēlou), better known as the Venus de Milo, is an ancient Greek statue and one of the most famous works of ancient Greek sculpture. Created sometime between 130 and 100 BC, it is believed to depict Aphrodite, the Greek goddess of love and beauty (Venus to the Romans). It is a marble sculpture, slightly larger than life size at 203 cm (6 ft 8 in) high. The arms and original plinth were lost following the discovery. From an inscription that was on its plinth, it is thought to be the work of Alexandros of Antioch; earlier, it was mistakenly attributed to the master sculptor Praxiteles. It is currently on permanent display at the Louvre Museum in Paris.

Photography of Statue in Santorini 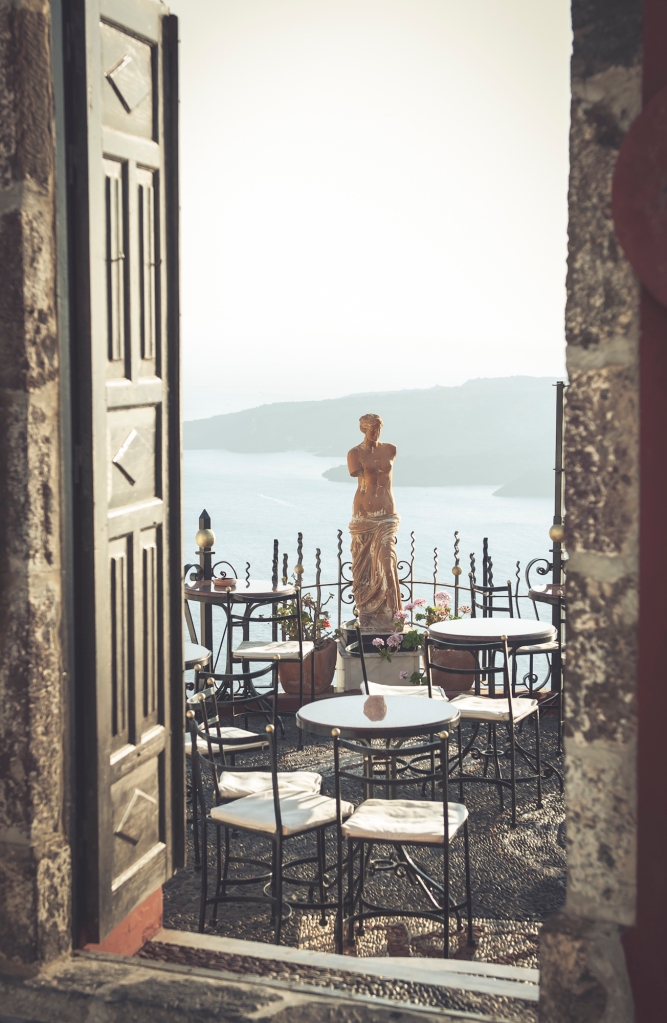 ♥️
Just keep me where the light is.
You don't have a soul.
I hope I made you feel something, because you made me feel everything.
Imerovigli shoot ☺️
Engagement shoot in Oia 😊
Engaged in Santorini. ♥️
Santorini is still a pretty empty. Such a good year to visit us.
Santorini.
Loading Comments...